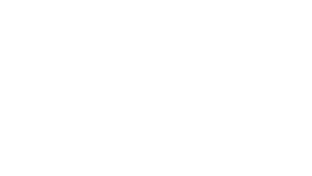 Areas We Cover for Pest Control 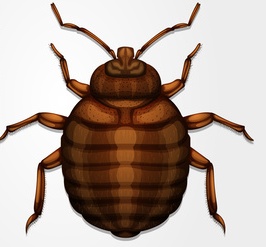 Bedbugs are becoming more and more prolific lately and are extremely difficult to eradicate yourselves. There are plenty of home remedies that you can buy on the internet but most will not do the job and you will end up spending more than a professional treatment.  Please call us in the first instance before you do anything. Do not drag your bed or mattress through the house as this can infect other areas. We are experts in Bedbug eradication and can offer you the best advice around. Call us today.  Adult Bedbugs are reddish-brown, flattened, oval, and wingless.  Bedbugs have microscopic hairs that give them a banded appearance.  Adults grow to 4–5 mm in length and 1.5–3 mm wide.  A female bedbug can lay up to 300 eggs in her life time.  An adult bed bug can go for 9 months without feeding, however, young need to feed often for their moults.  If you would like more information on Bedbug removal, bedbug treatments, methods or bedbug bites and the risks of bedbugs, call us today and speak with a local, highly trained and experienced pest controller.
Wasps 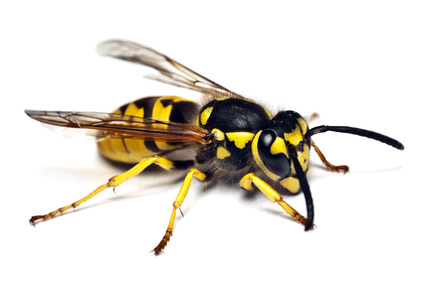 Wasp Nests can be found in a variety of places including lofts, sheds, air bricks, guttering and holes within brickwork, plus many more areas.  All wasps begin to build nests in April, May and can be a major nuisance throughout the summer and autumn.  If allergic to their sting, reaction can range from a sore swelling to the potentially fatal Anaphylactic Shock.  We will treat the nest or entrance point with a pesticide powder, killing all wasps within a few hours.  NEVER attempt to treat a nest yourself.  Once a nest is established you will not be able to effectively and safely dispose of it.  You risk serious injury to save a relatively small fee.  Always call a professional!
Honey Bees 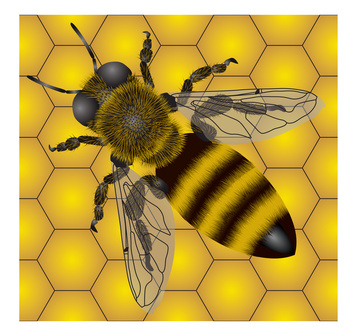 We do not kill swarms of bees.  Our affiliated Beekeeper will collect and release them elsewhere.  Unfortunately, if the swarm goes into a chimney, or other inaccessible area, it is usually not possible to get them out alive.  If you are able to live with bees living in a disused chimney or other area then leave them alone.  It is important to contact us straight away if you want to get rid of the colony as bees make honey.  If you allow a store of honey to build up in a chimney, even after the original colony has been eradicated, every passing swarm of bees will attempt to re-inhabit the original nesting point.  Chimneys which have accommodated an established colony must either be capped off or swept.  Sweeping is generally not an option when it is blocked with several hundred pounds of honeycomb.
Fleas 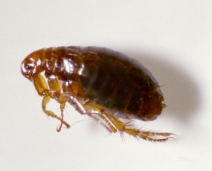 Flea is the name for insects that are of the order Siphonaptera which are wingless insects and their mouth parts are adapted for piercing skin and sucking the blood.  Fleas are small (1/16 to 1/8-inch (1.5 to 3.3 mm) long), agile, usually dark colored (for example, the reddish-brown of the cat flea), wingless insects with tube-like mouth-parts adapted to feeding on the blood of their hosts.  We carry out Flea treatments regularly across Essex and East London.  After any spray treatment you will be required to leave the property for a number of hours and also ensure adequate ventilation of the rooms.  All of this will be explained by your technician before any service treatment commences.
Mice 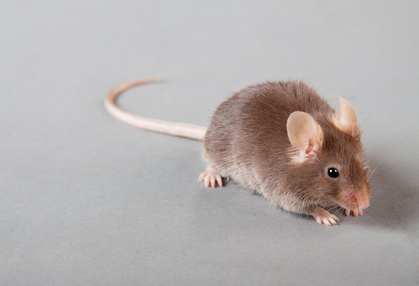 Primarily nocturnal animals, Mice compensate for their poor eyesight with a keen sense of hearing, and rely especially on their sense of smell to locate food and avoid predators.  Breeding onset is at about 50 days of age in both females and males, although females may have their first estrous at 25–40 days.  Mice are polyestrous and breed year round; ovulation is spontaneous.  The duration of the estrous cycle is 4–5 days and estrous itself lasts about 12 hours, occurring in the evening.  The average litter size for Mice is 10–12 during optimum production.
Rats 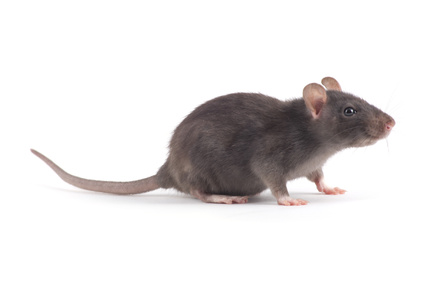 Rats are omnivorous and whilst they generally feed on cereals and grains, if hungry they can take small chicks and eggs. Rats are neophobic (very wary of anything new) and they can take 4 to 5 days before they accept a new object into their environment.  They prefer small enclosed spaces and get around by smell and touch.  They like to be up against something as they travel, like a wall or pipe. Contrary to popular belief  rats are in fact very clean animals and spend up to 20% of their time grooming.  Rats take between 2 to 3 months to reach sexual maturity.  They can have up to 7 litters per year with an average litter size of about 8.  Rat droppings are baked bean size, torpedo shaped and squashy.   Rats spread more dangerous diseases than mice, in particular Weils disease, the symptoms of which are flu-like.  You must always wear gloves when touching anything that may have been in contact with rat’s urine as they continually urinate this means anything that a rat may have been in contact with.  There are 2 aspects to rat control in premises.  The first is to control the rats and the second is to find out how they get in and to take appropriate measures to deny future access.  The first part is far easier than the second, but we are extremely experienced in dealing with rats and your premises are surveyed to identify points of access and we give advice on necessary preventative measures.  Rats will normally take a minimum of 2 visits to control. At the beginning you will be told exactly how much the programme will cost.  Our rates are the lowest in the area. All bait is securely placed so as to be inaccessible to pets, children and non-target species of animals.