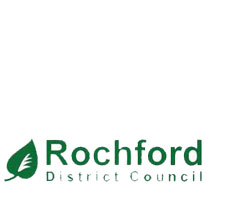 Areas We Cover for Pest Control

“Phoned up in the morning and arranged a time for the evening which was really straightforward. He turned up on time and solved my wasp problem super fast. Wasps have not returned (fingers crossed they won't). Very happy with the service and the results! Highly recommend.”

“I have used Bee Pest Control several times over the last few years and have found them very competitive on price and highly professional. Most recently I had a problem with seeing a rat in my rear garden eating fat balls which I leave out for the birds. As ever Barry the owner talked me through the whole procedure explaining that the bait was secure in boxes, so my old cat would not be tempted by this. He also showed me all the areas that the rats were running. I found it all very interesting. Within 2 visits the rats had disappeared and Barry removed all the poison. He also gave me a guarantee that should I have any future sightings within 3 weeks he would return at no extra charge. I find this type of service very rare these days and highly recommend Barry and his company, in fact I have already given his number to several of my neighbours. Great personal service!”

“I called in Bee pest control when a property that i rent out in Southend Essex became infested with Bed bugs. I had an in-depth conversation with Barry the owner who went through what I would need to do and what the treatments would consist of. I called a few other companies after to compare prices as I like to get at least 3 quotes normally for tradesmen. I went back to Bee pest control as they were the most competitive and seemed to be the most professional. All the other companies just gave me a price and wanted to book me in, they explained nothing about the treatments. The treatments were given over a 7 day period and I am happy to say that they have been a success. I will be careful who I rent to from now on as Bed bugs are horrid things. I would have no hesitation in recommending Bee pest control and will keep their number handy should I ever require further assistance. Thank you Bee pest control!”

“We called on bee pest control when we had a problem with carpet moths, Barry the pest controller was fantastic he was helpful and courteous and most importantly he sorted out the nasty critters that were destroying are carpet. We phoned a few companies and found that Bee was the cheapest, we highly recommend this company. Thank you.”